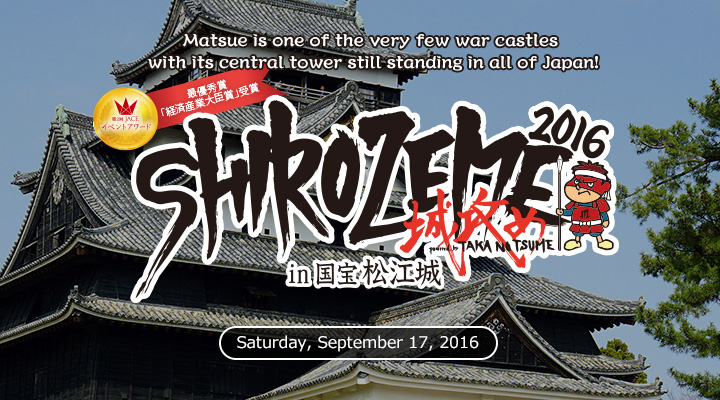 Matsue Castle was built in 16th year of the Keichou Era (1611 AD) by Horio Yoshiharu and his grandson, Horio Tadaharu. Made of four five-story towers, the castle’s shape resembles a bird with its wings spread, earning it the nickname “The Plover Castle.” Surrounded by a mountainous region, Matsue Castle was proclaimed a National Treasure on July 8th, 2015.

※Children under the age of 7 must be accompanied by an adult.
※Only Adult Ticket holders can participate in the “Battering Ram” battle event.
※The above information is subject to change without prior warning.
※In the event of unfavorable weather, the event will be held on September 18th (Sun) instead.